Tanki Online is a browser based, third person tank driving game with hundreds of thousands of players worldwide.

Players control their own tank, competing with other players in various game modes, including Capture the Flag, Control Points, Deathmatch, Team Deathmatch. The game features crystals as an in-game currency, which players can obtain through various means such as completing matches, through microtransactions, opening containers or collecting “Gold Boxes” which are occasionally dropped in battles. Gold boxes and Containers can also be obtained through microtransactions and completing missions. These crystals can be exchanged for various items and upgrades to the player’s tank like hulls, turrets, protection modules, paints, alterations for the turret/hull etc. Tanks can also receive minor and major upgrades to the hulls, turrets, etc. The game also implements a rank-system, which offers players access to new equipment for their tank and matches with other high-ranked players and a clan-system, used to create Clan vs. Clan battles.

Tanki Online is a great tank games game that you can enjoy here directly in your browser, for free.The game is made by AlternativaPlatform. Tanki Online is made with HTML5 to work smoothly in all modern browsers. One of the many features about playing this game on CrazyGames is that it is available in full-screen mode. In addition to playing the game in your browser, you can also download the mobile app for your Android phone and tablet. 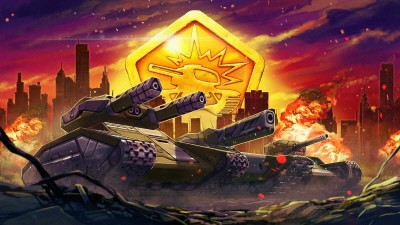